Please note, as of the 19th February 2021, The Chimes car park is now cashless ONLY.

The Best Places to Park

From the popular shopping centres to the local roadside parking, we compare the best places to park and their costs.


Each car park has different charges and timings. We compare the costs and highlight some great deals.


Please note, as of the 19th February 2021, The Chimes car park is now cashless ONLY. 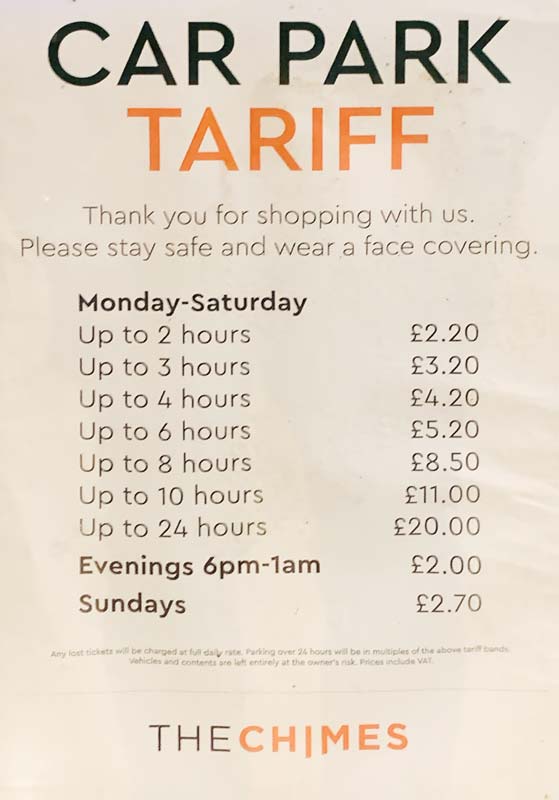 How do the prices compare to the old prices? Old Prices below: 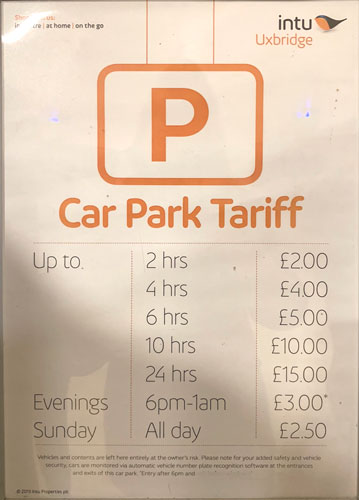 Uxbridge is a town in west London, England, and the administrative headquarters of the London Borough of Hillingdon. Fifteen miles (24.1 km) west-northwest of Charing Cross, it is one of the major metropolitan centres identified in the London Plan. Uxbridge historically formed part of the parish of Hillingdon in the county of Middlesex and was a significant local commercial centre from an early time. As part of the suburban growth of London in the 20th century, it expanded and increased in population, becoming a municipal borough in 1955, and has formed part of Greater London since 1965. It is a significant retail and commercial centre, and is the location of Brunel University and the Uxbridge campus of Buckinghamshire New University. The town is close to the boundary with Buckinghamshire, which is locally the River Colne. Several historical events have taken place in and around the town, including attempted negotiations between King Charles I and the Parliamentary Army during the English Civil War. The public house at the centre of those events, since renamed the Crown & Treaty, still stands. Uxbridge also houses the Battle of Britain Bunker, from where the air defence of the south-east of England was coordinated during the Battle of Britain. Situated in RAF Uxbridge, the No. 11 Group Operations Room within the bunker played a crucial rule during the battle and was later used during the D-Day landings. The wards of Uxbridge North and Uxbridge South are used for the election of councillors to Hillingdon Council and for statistical purposes. The 2011 Census recorded population figures of 12,048 for Uxbridge North and 13,979 for Uxbridge South.