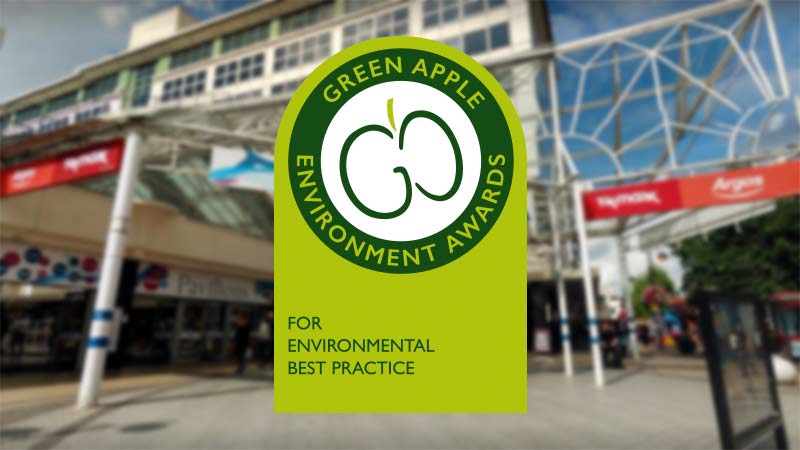 The Pavilions shopping centre in Uxbridge has won a Green Apple  Environmental Award. The Green Apple Award in an international campaign to find the greenest and eco-friendly companies, and communities.

What Are The Green Apple Awards?

Launched in 1994, Green Apple Awards are an international award to recognise and reward environmental best practice:

They have now extended into the Green World Awards – the biggest environmental awards campaign on Earth, with entries from Governments, Ministries and Regional Authorities as well as companies, organisations, communities, etc. across the entire private and public sectors.

The Green World Awards are fundamental to The Green Organisation’s philosophy of helping others to help the environment, because the prestigious awards ceremony is held in a different country every year – raising awareness and involvement around the globe. It began in London, followed by winners from around the world attending events in New Zealand, South Korea, Dubai… The journey continues, and every carbon footprint caused by winners and their guests is offset by the planting of trees in co-operation with Green Earth Appeal and the United Nations.

The Green Apple Awards have grown in response to demand, and the sections below will give you full details about each separate scheme – including the application forms.