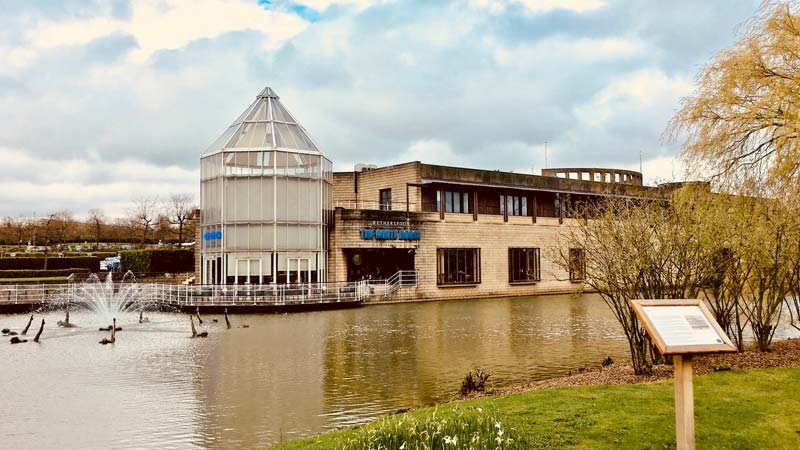 Over the last few days, we have finally seen some movement on the planned works in Stockley Park Arena. It was April last year that we first wrote about the closure of The White House.

We now finally have confirmation of the plans for the Arena, and it is, in fact, a Travelodge!

There had been reports that it was going to be a Premier Inn and a few other things, but it is now confirmed as a Travelodge, with the artist’s impression below.

I was quite sad and shocked to find out that The White House in Stockley Park is closing today permanently.

For me, this has come out of nowhere – no signs, no news, nothing. I only found out when we visited The White House last night. One of the employees informed us that there was an hour wait for food and that they were out of many things on the menu. When they began listing the fact that they were out of all chicken dishes, all potatoes dishes and various other meals, I enquired further. As it turns out their lease was up and they would not be renewing.

Why is The White House Closing?

This has been heard from multiple sources, but without being able to clarify from anyone particularly high up, it is very hard to find out what is actually happening. As of now, it seems that Stockley Park themselves want to renovate the area and the building the White House occupies. This can happen because the current lease is up for contract renewal. However, Stockley park was willing to let Wetherspoons renew their lease once the renovations took place, though at a higher price – one that Wetherspoons obviously didn’t like.

This opens up speculation that another company may occupy the space, or Wetherspoons were employing a negotiating tactic to get the lease at the same price as they currently do.

What’s going there if not Wetherspoons?

Wetherspoons has been in the locations for years, and its presence will be missed. The fact you can get reasonably priced food, or drink sets is apart from most pubs of restaurants. Current sources say that Premier Inn or Travelodge has shown interest in the location. If that’s true, I would presume they may expand it up or out to make more room for accommodation. If Travelodge does take it on, it could bring with it a restaurant chain that it partners with on its other locations.

*UPDATE* After enquiring further it turns out that Premier Inn had the first refusal on the location and had agreed to take the site, but have since pulled out. The planned maintenance and renovation will go ahead in the hopes that they will find a buyer at a later date.

It should be noted that the shop that used to house Alexanders Wine Bar has been empty for over a year. While other developments around Stockley have struggled to find businesses willing to take them on, such as The Bower, 5 The Square, and 4 Long Walk. All of which have been empty for a long time since refurbishment.

It is quite sad that it is going, it has, after all, been there for years. I’m just glad I got to say a final goodbye and celebrate with a few cocktails. See you around guys.