Liquid and Envy, to Close, or Just Grabbing Some Attention? 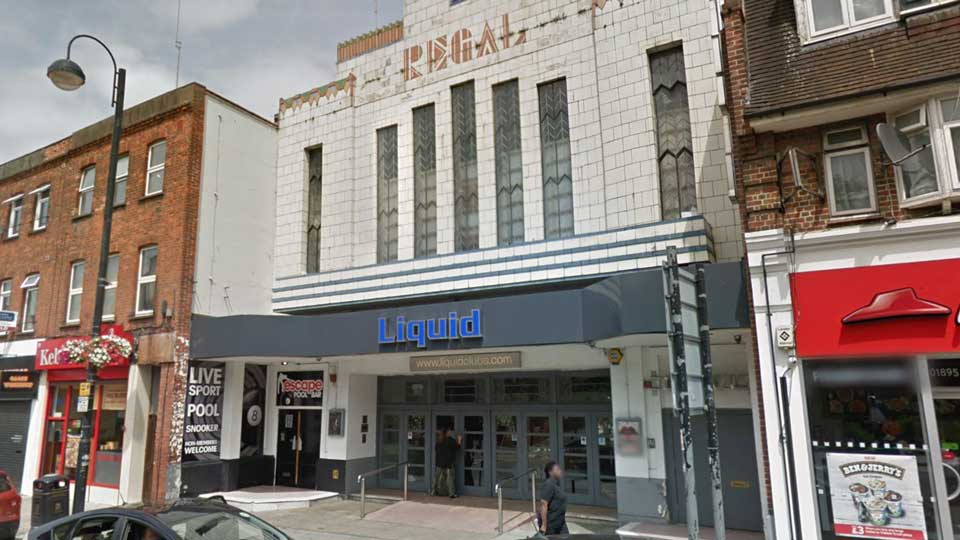 After the surprise closure of The White House Wetherspoons, and the sudden selling of The Crown and Treaty, everyone in Uxbridge has been feeling a sense of impending doom about the next well-established, Uxbridge stalwart that will be closed.

In an announcement last week on their social media profiles, Liquid & Envy announced that they would be closing at the end of the month.

This of-course panicked a lot of people – and made many others ecstatic, but the fear of a lot of well-established local businesses going under had certainly got a few people worried.

Confirming the announcement on their Facebook page, Liquid & Envy Uxbridge wrote: “The rumours are true… Liquid Uxbridge is closing on Saturday 30th June 2018.

The “legendary” nightclub has been a part of the Uxbridge nightlife for many years, and in that time has become somewhat of a “marmite” establishment, you either love it or hate it. With a passion.

But long before it was a nightclub, the famous art deco building that houses Liquid, was a cinema.

The Regal Cinema was built for A.E. Abrahams and was opened on 26th December 1931. Abrahams already operated the large Regal Cinema at Marble Arch in London’s West End and the Regal Cinema’s at West Norwood and Edmonton (all now demolished) – which makes the Regal building in Uxbridge the last remaining Regal cinema building.

In December 1935 it was taken over by Union Cinemas, which were in turn taken over by Associated British Cinemas (ABC) in October 1937 and they continued to operate it through the rest of its cinematic life.

The Regal Cinema closed on 4th November 1977 screening Julie Christie in “Demon Seed” and Ron Leibeman in “The Super Cops”. The building was then given an immediate ‘spot listing’ and was Listed Grade II.

The building stood empty for seven years until May 1984 when it was converted into Regal’s Nightclub which opened on 5th July 1984. Being a Listed building (raised in November 2000 to Grade II* status) and due to a covenant imposed when it was built, all features were retained in the building, including the Compton organ. Sadly though, the stage area was bricked in and separated from the auditorium and was converted into a gymnasium/health club. The connecting wires to the organ chambers were severed, so the organ is no longer able to be played, and the console sits in the nightclub area, surrounded by empty beer bottles and crates.

In 1993 it became the Discotheque Royale, the interior was painted black/dark colours, and because of the lighting gantry’s installed for the disco/nightclub, it was difficult to see the original decoration as originally intended. But it was all still there…….and it remains one of the most important cinema buildings to survive in the London area and the U.K.

In April 2007 a 3million GB pound renovation was completed and it re-opened under new a name Liquid Envy Nightclub. The Compton organ console is now protected inside a glass box and is on display.

Which mainly gets you up to speed.

Now that the club is closing on the 30th June, we can expect the next step in the evolution.

What will it be?

The next evolution, is in fact, Liquid nightclub, as the planned closure is just for a “much-needed refurbishment”!

It was all a big old hoax, and get west London fell for it.

That’s it guys, Liquid is NOT closing down permanently, only for a refurbishment. Nightlife.